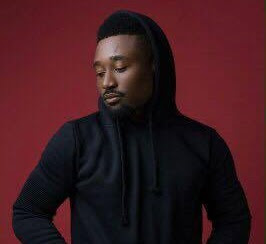 In last week’s edition of Flex newspaper, Ghanaian musician Quata Budukusu’s management have made a remarkable statement about their artist.

According to the management of the one life to live hit maker, they want the public and music pundit to now see Quata Budukusu as a diversity king of our time so far as versatility and uniqueness in music are a concern.

The management also added that after reading this piece, industrial moguls and the general public as a whole will now have the opportunity to know why he “Quata Budukusu” went into hibernation for over six years but still his space was vacant until he came back to take over. The fact is nobody should get it twisted.

At bakus entertainment, we believe that no one can beat the fact that Almighty God is the diversity king over all things on earth. What we are trying to put across here is that God created us in his image, and the same God is the one who gave Quata the talent so now we as management want the general public to identify our artist as the diversity king in our music industry.

Responding to further questions, Mr.Tengol, personal manager to Quata Budukusu, disclosed to Flex newspaper that they believe in the adage “forward ever and backward never” and that Quata has just moved on to another level. The originator thing can’t be omitted from the history book. To cement the fact of him being the diversity king, Management urges everybody to pay close attention to his current works: One life to live, Ohia, Pum Pum Shots, Paper, Kudi, Wind N Go Low, U Too bad. He is yet to release new songs to include Yaa Asantewaa, Menka Masem, I’m on fire, Ano dey see you sef and much more.

To prove his versatility, Forgetti Obiaa, another new tune to hit the market was produced by himself. Importantly after recording “One Life to Live” a strictly hip-pop tune to announce his comeback, Quata is now telling us in another song that there are 10000 ways to die.