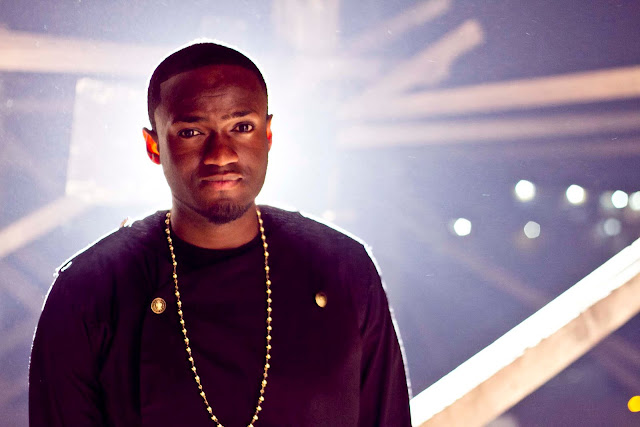 We agree getting your music mainstream is hard but sometimes it’s obvious the media plays a role in this; hyping zero talents and praising artists with swag, so at the end of the day, you have a lot of junk with very few talent in the industry.  We feel there are some great artistes who do not get the props they deserve. Here are some of them.

Chase is a very good singer and song writer who needs to be recognized. Unfortunately most of his songs do not hit mainstream or let’s just say it is not well accepted by Ghanaians. He doesn’t get enough radio play. But we believe he’s one hell of an artist that shouldn’t be underrated, because he can send Ghana places if given the chance.

Shatta Rako is really doing good with his rendition of old high life songs into lovers rock songs but unfortunately most of his songs are not in the mainstream. We feel he’s been underrated in the country considering he’s one of the pioneers of reggae/dancehall music in Ghana.

Well we believe anyone reading this surely knows how long Yaa Pono has been in this industry and the kind of great songs he’s churned out, but unfortunately he still seems to be underground. Lyrically, he’s on the same level as Sarkodie and Guru but he barely mount big stages.

Well it seems we were not the only ones who saw the talent of this gentleman during the “Next Big Thing In Hip Hop Gh”, Hammer of the Last 2 saw it too and took him on. He’s done some great tracks since then but we still don’t see him doing big shows. We don’t know what the main problem might be, but we believe he’s one hell of an artist who shouldn’t be underrated.

We don’t know if Lil Shaker takes this music thing serious or it’s just a hobby because the gentleman beside being a good sound engineer is also good with doing catchy choruses. His songs are good and catchy but unfortunately most of them seems to be underground. We feel he’s very underrated regardless of his efforts.

Akwaboa Jnr. is one superb singer and songwriter who has written songs for top artistes like Becca, Sarkodie etc.. Anybody who hears his song sees the maturity in it and it’s obvious he’s a good composer beside being a good singer.

Strongman after winning “Next Big Thing In Hip Hop Gh” proved to Ghanaians how creative he is with his lyrics which took the country by storm. He’s been doing a lot of songs since then with “Obituary” being one creative piece but unfortunately radio stations hardly play his songs. But we believe he’s one artist who shouldn’t be underrated at all because we believe he could be Sarkodie’s successor if given the chance.

Cabum has been doing this for ages but he seems to never make it mainstream. He’s got some good tracks that should really be on the charts but unfortunately his songs get 15 minutes of airplay..

Have something to say about this?… Drop your comment in the box provided below..