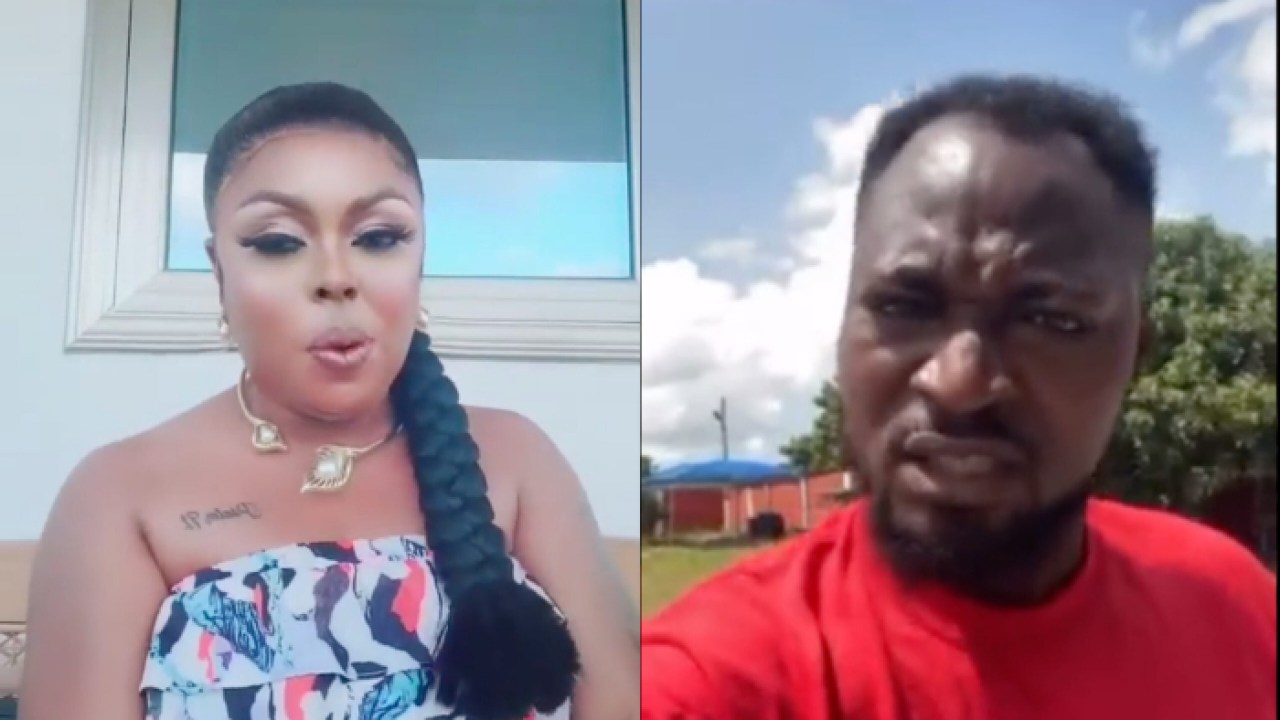 Bipolar and controversial Ghanaian comic actor, Funny Face has revamped his long-standing beef with Afia Schwarzenegger after news went viral yesterday that the actress has been rushed to the hospital.

According to Funny Face who didn’t mince words to show his happiness over Afia Schwar’s illness, he is very happy that the comedienne is sick and struggling for her life.

Funny Face emphatically stated without beating around the bush that he wishes death on Afia Schwar and he prays that the angel of death takes her life very soon.

Aside from wishing death on Afia Schwar, he went on to describe her as a cheap prostitute who is good for nothing of importance.

Funny Face who is currently receiving treatment from a psychiatric hospital dropped these anger-influenced comments under a post of Pulsegh with reference to Afia Schwar’s sickness.

So sweet…kwasia baa, w’ano gbayaa s3 preko tw3..ofui asahwo ba! Wey she too turn ashawo..MORDA! wo maame tw3. Die tinight sef in Jesus name. The King of bipolar is back. Forever alone Jehovah be the glory. Meanwhile, Funny Face had sworn never to insult or dirty himself on the internet again because he has learned a lot of great lessons from his arrest after insulting Fada Dickson, Adebayor, and Bola Ray.

Ghanaians on the internet have also raised concerns as to why the nurses and doctors have allowed Funny Face 24/7 access to his phone while they know that he’s mentally unstable at the moment.

According to these disappointed critics, Funny Face’s phone should be taken away from him before he does something silly once again.

Thanks for visiting Ghbestpromo.com to READ “Funny Face punches Afia Schwarzenegger from the Mental Hospital”