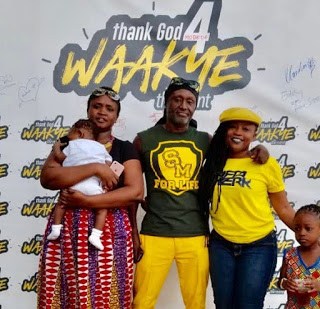 Members who attended the concert were expecting him to appear in their music group dress but rather unfortunately he appears in SM dress.

This is seen by many people as an obvious endorsement of the Shatta Movement brand by Reggie Rockstone.