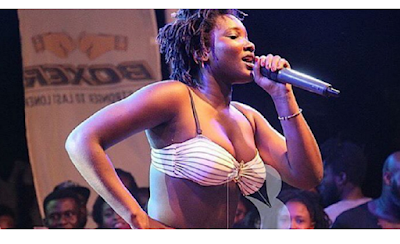 “It is very bad. Again, in our vein as a union as much as we will try to make the public understand the role that our musicians play, that they are in an acting role… that they should be cautious of the moral values of the country that they are operating in” explained Kuffour to JOY NEWS.

Ebony has come under severe criticism from many people for her outfits especially after what she wore to the 2017 4Syte TV Music Video Awards.