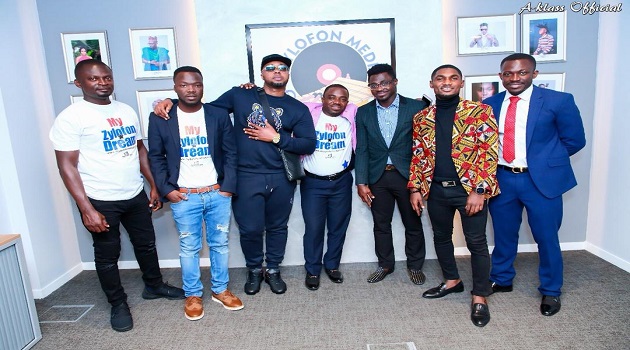 After the original owners of Ghana Movie Awards came out to announce their comeback, the new franchise owners, Zylofon Media, have also spoken.

According to the entertainment company, they still hold the right to organise the awards but they are not part of this year’s event.

In a statement signed by Samuel Atuobi Baah, Communications Director at Zylofon Media, he noted that even though the company can also hold the awards with the same name, they have decided to hold a new film awards called Zylofon Films Awards, next year.
He therefore noted that they have not contributed in any way to the 2018 event that has been announced.

Read the full statement below:

“The general public, the media and stakeholders in the movie industry should be notified that as much as Zylofon Media has every right to organize what we know as the Ghana Movie Awards, this year`s organization does not involve officials or management of Zylofon Media. Since our organization (Zylofon Media) started the partnership with our strategic partners of the scheme in 2016, there were plans to organize it in subsequent years but due to our organizational agenda and timing, we intend to consider doing it next year which fits well in our plans and activities.

That notwithstanding, the initial franchise owners see the need to organize their own event. This move Zylofon Media is not against. However, we wish to state emphatically that we have no contribution to the organization of this year`s (2018) event. We are not involved financially.
We are not providing logistics, neither are we part of planning of the event. Therefore, the general public should disregard any involvement or attachment of our brand to the news making rounds that Zylofon Media is part of the organization.

In due time, we will communicate our calendar to the media, the general public and stakeholders in the movie industry as regards the organization of our film awards to be known as ZYLOFON FILMS AWARDS We wish them well in all their endeavors as they embark on this journey.”
In July, 2017, Zylofon Media announced that it had taken over the organisation of the Ghana Movie Awards from Fred Nuamah, for the next 10 years starting from 2017.

It was expected that the award scheme would run under the aegis of Zylofon but it was not held in 2017.

In January 2018, Fred Nuamah told Graphic Showbiz in an interview that he didn’t sell it cheaply.

“I have sold Ghana Movie Awards to Zylofon Media and I made very good money”, he said.

Fred Nuamah – CEO of GP Productions
It is not clear if Fred Nuamah may have been prodded by the delay in bringing back the award, to reclaim it or there is chink in the initial agreement.

However, GMA is returning onto the movie scene this year to continue its mandate, as Fred and his GP Productions have laid down plans to put the event on wheels.

The first edition of Ghana Movie Awards was held on December 25, 2010 at the Accra International Conference Centre (AICC) and subsequently the date was changed because it was conflicting with other events in December.

However, the GMA was put on hold after the 2016 ceremony, with reasons best known to the organisers.