Former President of the United States Of America,  Barack Obama made a Christmas stop at a children’s hospital in the nation’s capital on Wednesday, bringing along with him a sack of toys.
Wearing a red Santa hat, the 44th president stopped by Washington Children’s National Health System and hauled a red and white bag filled with toys as he visited with sick children. Families, children and staff members at the hospital in northwest DC greeted the president with a rendition of “We Wish You a Merry Christmas.”

“I just want to say thank you to all of you guys,” Obama told staff members. “I got a chance to talk to some of the wonderful kids and their families and at a time that obviously is tough for folks. As a dad of two girls, I can only imagine in that situation to have nurses, staff, and doctors and people who are caring for them, and looking after them, and listening to them, and just there for them and holding their hand, that’s the most important thing there is.”

He continued: “What a great reminder of what the holiday spirit is supposed to be about.” 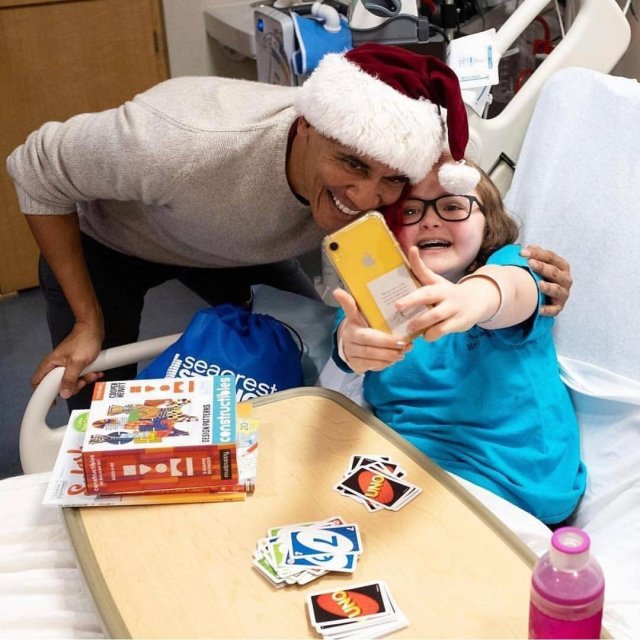 Obama went room-by-room, greeting patients with a jolly “ho, ho, ho” while he passed out gifts he and his staff had collected. Many of the families he visited were going to spend the holidays in the hospital.

“Wherever the family is, wherever the people you love are, that’s where Christmas is,” Obama told one teenage girl, as he presented her with a makeup and nail polish set.
He got a big hug from a young girl as he asked whether she’d been a “good girl” this year. “I know you have. Santa thinks you’ve been a good girl,” he said as he patted her back.
Obama also recorded a message for patients he couldn’t visit on Wednesday, wishing patients a good holiday season. 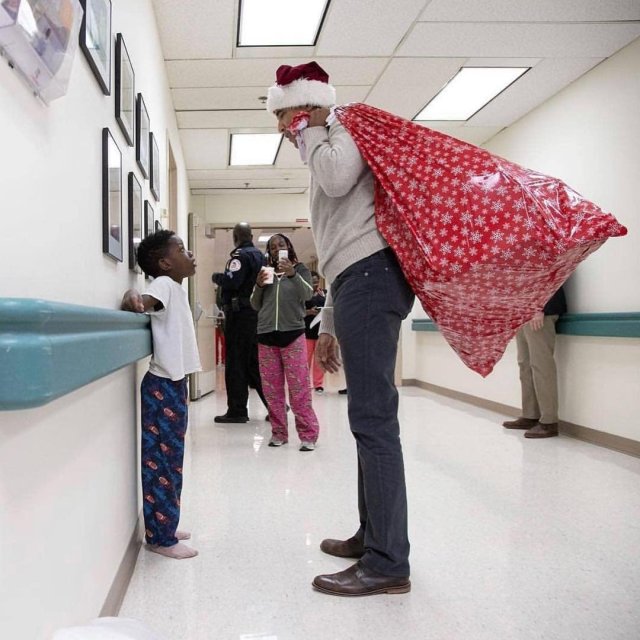 Obama and the former first lady, Michelle Obama, have made similar visits in the Washington area recently, including to several high schools. Michelle Obama last visited the hospital in 2014 while she was first lady, a trip she made annually while in the White House. 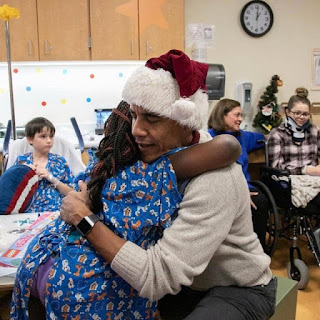