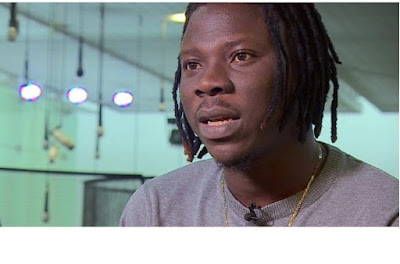 Ghanaian Dancehall artiste, Stonebwoy recently spoke to the folks at Focus On Africa (BBC) about his new album ‘Epistles of Mama‘ which is dedicated to the memory of his mother, Catherine Satekla, who died in 2015.

Sean Paul, Burna Boy, Sarkodie, Efya, King Promise, Edem and Joey B are some of the artistes featured on the album.  The double disk project is made up of 24 songs – 12 Dancehall/Reggae songs and 12 Afrobeat songs.