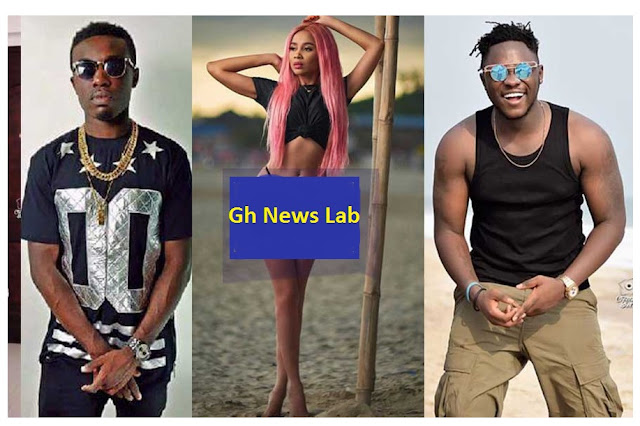 Criss Waddle, the Boss of Medikal and the CEO AMG Business has finally opened up on the breakup of between his label mate, Medikal and her girlfriend, Sister Deborah.

In a chat with Hitz FM, Criss Waddle who is regarded as the father of Medikal in the music industry explained that he is happy that his ‘son’ Medikal is a happy man irrespective of the circumstances.


Criss Waddle revealed that he has spoken with Deborah Vanessa and she is not happy the way things have ended between her and Medikal. She is sad about it.

But on the flip side, Medikal has found true love in Fella Makafui and at the moment, it’s the most important thing now. Criss Waddle continued to reveal how happy he is Medikal is happy with his new love.

Medikal and broke up not long ago with her longtime girlfriend, Sister Derby. From the reports, Medikal was snatched by the YOLO actress, Fella Makafui.

There have been a lot of dissing and counter diss between Medikal, Fella on one side and Sister Derby supported by her friends such as Lydia Forson on the other side.