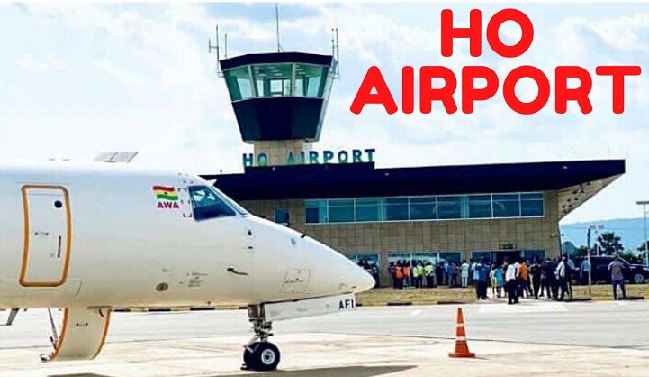 The Volta Development Forum (VDF) has said operationalizing the Ho Airport could enhance the success of the upcoming Volta Trade and Investment Fair.

VDF has, therefore, called on the government to operationalize the Ho Airport.

According to the VDF, the opening of the airport would impact the economic growth of the region hugely.

Africa World Airlines (AWA) undertook a test flight from the Kotoka International Airport to assess the facility and its technical suitability toward the operationalization of the airport for commercial flights.

Speaking at a press conference held in Ho on Thursday, 4th November 2021, Executive Director of the VDF, Mr. Daniel Agboka-Dzegede, noted that AWA “described the whole Airport as fit for purpose and promised to start commercial operation by June this year.”

According to the Forum, that historic test flight and the assurance from AWA gave the people of the region, “monumental joy” while they awaited the full operationalization of the airport in June.

It stated: “It is, however, worrying that many months after this test flight, all the promises that followed, the USD25 million Ho Airport, has still not been operationalized and this begs for answers.”

The Forum stressed the impact the operationalization of the airport could have on the upcoming Volta Trade and Investment Fair.

“It is, therefore, prudent to say that, had the airport been operationalized, it will enhance the success of the Volta Trade and Investment Fair.”

The Forum also demanded to know from the government, the reason for not operationalizing the Airport.

“Why the Ho Airport has since not been open for commercial flights, we also want to know what came out of the test flight undertaken by the African World Airlines (AWA) and the interest shown by other airlines including Passion Airlines as we were made to believe.”

Emphasizing the economic benefits the airport would bring to the region, the forum added that: “The opening of the Ho Airport is long overdue,” and called on the government to take prompt action towards its operationalization. -source: Desvid

Moving and Packing company in Dubai

Professional Movers and Packers in Dubai