How can you Threaten the Dancehall President? – Shatta Wale 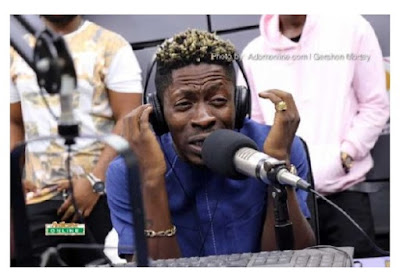 The fracas between Shatta Wale and Stonebwoy is probably not ending time soon .
Stonebwoy in an interview on Sunday, 9 September Lambasted Shatta Wale for accusing him of killing his own mother and he further sent a stern warning shots to Shatta Wale to put a stop to such unsubstantiated allegations .

“You go and say I killed my mother and come back and text me that you want peace, you want to make music?,” Stonebwoy said on Hitz FM.

President of BhimNation dared Shatta Wale to ‘come and stand’ in front of him and accuse of him of killing his mother. He threatened that the end would be ‘beautiful’.

Well in a recent tweet , Shatta Wale quizzed how the president of dancehall be threatened in his own state .

This tweet by Shatta Wale is a subtle jab at Stonebwoy over his allegations leveled against him .