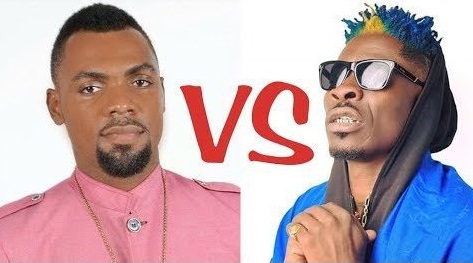 The founder and general overseer of the Anointed Palace Church (APC), Reverend Obofour, who’s popularity keeps soaring higher due to his numerous cars and luxurious lifestyle has found his way back in trends for naming Dancehall star Shatta Wale as a “Great Preacher” and performing a number of his songs during a church session.


The man of God according to a video said its wrong to think and judge non-gospel music negatively since its the lyrical content and message it carries that actually matters.
He perfomed Stonebwoy‘s “Say It” as well as “Forgetti” and “Freedom” from Shatta Wale to emphasize on his message.