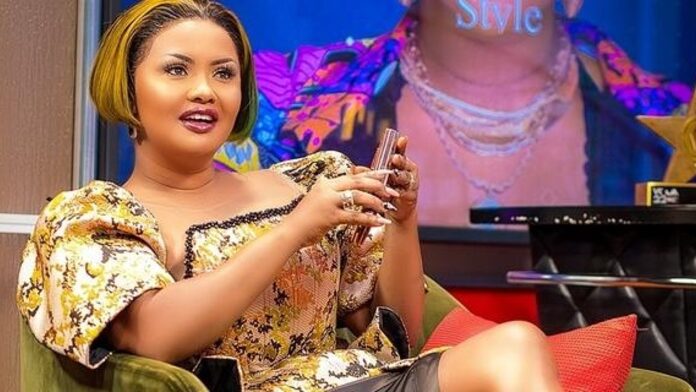 Ghana’s very own Nana Ama McBrown has revealed she was scared to host a live TV show.
According to her, she did not find herself confident enough to engage Ghanaians on the show but Fadda Dickson inspired her.

She told Nana Aba on Starr Chat that,

“I was scared from the beginning. It was a live show and I didn’t know how it was going to be. I didn’t want Ghanaians to attack me, and my family or get into my personal life, I don’t like controversies or anything to dent my brand. I was finding it difficult from the beginning but Fadda Dickson encouraged me to guide me on the show. Fadda is always there for everyone”

Besides, Nana Ama McBrown lauded her usual pundits, Arnold, Bulldog and A-Plus for their immense contributions and the support from viewers.

As a reminder, Felicity Ama Agyemang, known as Nana Ama McBrown is a Ghanaian actress and TV presenter. She rose to prominence for her role in the television series Tentacles.