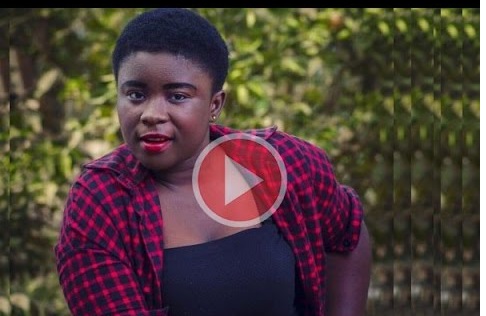 Actress Maame Serwaa has confirmed on Celebrity Ride With Zionfelix show that several actors in the Kumawood industry have proposed to her.

The young actress talking to Zionfelix, host of the show on her 18th birthday which happened on August 19 this year said that she does not take them seriously whenever they make the offer. The actress real name Clara Benson explained that she believes the actors joke with the love proposal judging from how they communicate it.

According to her, most of them express their affection for her in public amidst joke and that clearly shows that they are flippant remarks. The old girl of Serwaa Nyarko SHS disclosed that no actor has ‘toasted’ her at a secret place with the intention of winning her heart. When asked to mention names of actors who have made such comments, Serwaa who was reluctant named actor and TV host, Big Akwes.

She continued that Bill Asamoah has never proposed to her whether with serious intention or not. Maame Serwaa disclosed that she sees the proposals from the actors as a norm because it brings excitement on set whenever they are working.

Watch Maame Serwaa on Celebrity Ride With Zionfelix below: