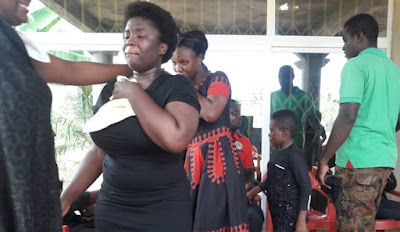 Madam Benson according to a source who spoke to Ghnewslab.com Thursday morning died Thursday, December 7 dawn in Kumasi. The late we are told passed on after a short illness.

Rose Benson before her demise on December 7 had three children – two boys and a girl.

She played a vital role in the acting career of her only daughter, Maame Serwaa.

Clara Benson on Celebrity Ride With Zionfelix show talked about how healthy her relationship with her mum was.