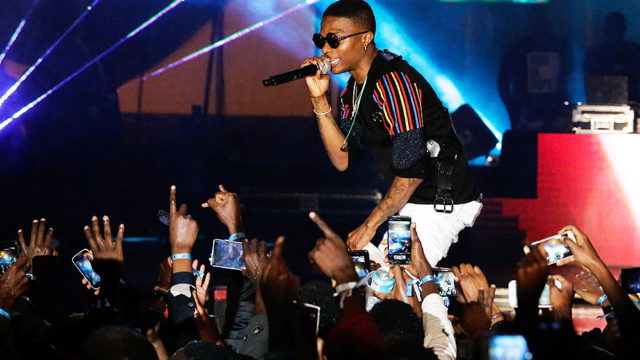 Video Of Ladies Fighting over WizKid’s Sweaty Towel during Concert.

A video of two ladies fighting over the sweaty towel Nigerian afrobeat singer, Wizkid has surfaced and it’s hilarious.

In the video, the singer is seen in a vibe while thrilling his fans at a concert with a wild performance and threw his towel into the crowd.

As the sweaty towel landed in the crowd some ladies began to struggle to get hold of it as it turn into a tug of war.

This is not the first time wizkid has had people fighting over his sweaty towel because fans are always obsessed with their favorite celebs.