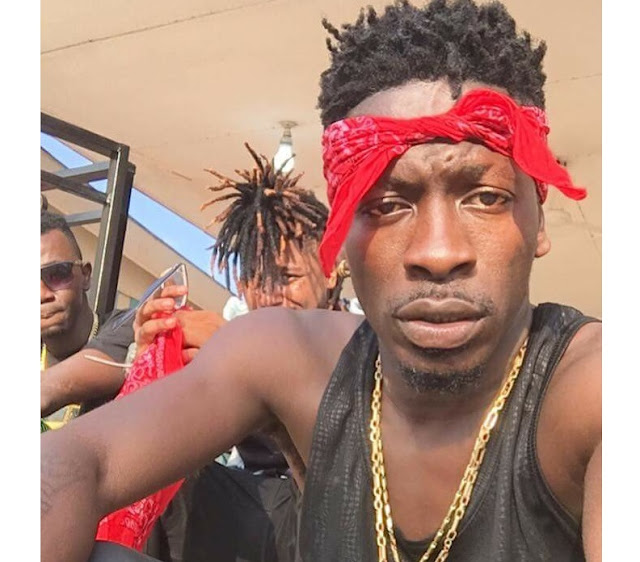 On Wednesday, October 10, 2018, Ghana came to a standstill after Sarkodie released a ‘diss’ song titled ‘Advice’ against Shatta Wale.

In the song, Sarkodie rain insults on Shatta Wale, cautioning the dancehall artiste to be wary of him. According to Sarkodie, Shatta Wale knows nothing, but only enjoys tarnishing the hard-earned image of other musicians.


Sarkodie also called Shatta Wale a fool, and said that although the bank account of the dancehall star cannot even finance a brand new car, he was always making noise. The video was massively welcomed by some Ghanaians as they shared some lines from the track and also mocked the controversial dancehall artiste.

As many thought Shatta Wale will reply Sarkodie, he didn’t disappoint as he has responded to the BET award-winner in his own way in a new video.

In the video sighted by Ghnewslab.com, the ‘Ayoo’ hitmaker flaunted his latest Lexus V8 vehicle customized with the REIGN symbol proving to Sarkodie that he is capable buying expensive cars.