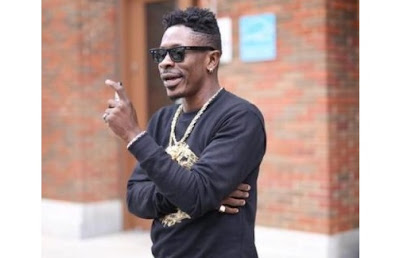 Ghanaian artiste Charles Nii Armah Mensah known in showbiz as Shatta Wale has ‘blamed’ Sarkodie for being disrespected by some Nigerian artistes at the One Africa Music Festival.

Shatta Wale who has recently taken up a campaign against Nigeria’s music invasion into Ghana, tweeted that Sarkodie allowed himself to be despised at the concert.

“Sarkodie doesn’t listen, it’s high time u respect your brand bro… they using you too much…don’t vex for the truth ..Respek.,” he tweeted.

His statement was a reply to Sarkodie’s tweet explaining to Shatta Wale why he did not mount the stage after the seeming sabotage by the Nigerian artiste.

Sarkodie declined to perform at the One Africa Music Festival which was held in Dubai yesterday 16th November, 2017 because he felt disrespected by some Nigerian artistes.

@sarkodie doesnt listen ,its high time u respect your brand bro …they using u too much …dont vex for the truth ..Respek💪🏿🇬🇭

The host, Banky W, mentioned that Sarkodie was coming up next, just to have been told again that Davido was coming on stage.

“When Sark was just about hitting the stage, Davido’s guy attacked Black Nana by pushing him to the floor to allow Davido perform. Ugly scenes. Slaps, blows, police arrest etc,” he wrote.

Shatta Wale who had said on Accra-based Kasapa FM that he did not regard Nigerian artiste Wizkid as a superstar, was attacked by fans of Wizkid on social media – and that birthed his recent attack on the Nigerians.

Even though it is not clear why the Nigerian artistes obstructed Sarkodie from performing at the One Africa Music Festival, some have said they may have done that in solidarity of a revenge to Shatta Wale’s recent attack on Nigerian artistes.