You Talk Too Much Shatta Wale – Sarkodie 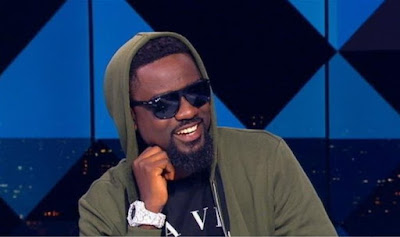 You Talk Too Much Shatta Wale – Sarkodie

Celebrated Rapper, Sarkodie has replied his colleague musician Shatta Wale over claims that he doesn’t listen to advice.

The dancehall artiste, Shatta Wale took a swipe at his friend, Sarkodie for the fracas that happened in Dubai yesterday at the One Africa music fest.

Sarkodie who was billed to perform on the show had to pull out some hours into the show because according to reports, the backstage was mismanaged and some Nigerian artistes misbehaved.

Reacting to Sarkodie’s plea on Twitter to his fans for what happened on the night, Shatta Wale indicated that Sarkodie has always failed to listen to him.

In response to the Shatta Wale’s claims, Sarkodie also twitted by indicating that,”Nii wo ka sa do do lol agoro wo wani so” meaning Shatta Wale talks too much and likes joking.

The Azonto fiesta hitmaker explained further that, ‘Nobody plays with my brand and that be why we no step on that stage…I just feel for the fans that b why I tweet…you know me bye ruff lol”.

Nii wo kasa dodo lol agoro wo wani so … nobody plays with my brand and that be why we no step on that stage … I just feel for the fans that b why I tweet … you know me gyae ruff lol https://t.co/sOQhx23x5m