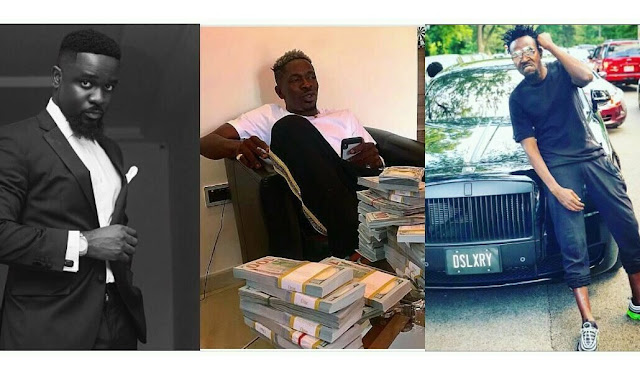 Dancehall artiste Shatta Wale risks drawing the ire of some of his colleagues after saying that Sarkodie and Kwaw Kese are poor musicians.

Speaking on Kumasi-based Luv FM, the ‘Ayoo’ hit maker said many so-called A-rated artistes are poor but do not want the public to know. He said the Ghana music industry has a big problem, which is that artistes are paid meagre wages for performances.


MyNewsGh reports that Shatta Wale described both Sarkodie and Kwaw Kese as poverty-stricken artistes who do not want to admit it. According to him, he will continue to fight the system until Ghanaian artistes are paid well for their performances.

Shatta Wale’s latest ‘attacks’ come on the back of a previous rant against the aforementioned artistes. The self-acclaimed dancehall king accused Sarkodie of disrespecting him by refusing to shoot a video for one of his songs.

Kwaw Kese later joined the fray after branding Shatta Wale a hypocrite who does not practice what he preaches.