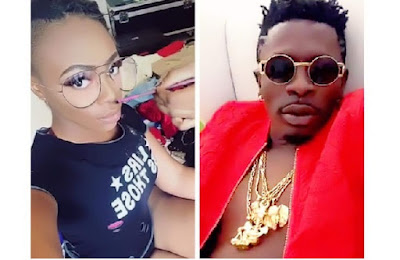 Well, just so you just landed from Pluto, Shatta Wale slapped his bodyguard, Biggie Sparta at the S-Concert held at the Accra Sports Stadium over the weekend for ‘preventing’ a fan from climbing the stage to touch him.


The incident attracted different reactions from a section of the public, with many condemning the attack.

Biggie Sparta, however, in a video with his boss, noted that he needed no sympathy as he said he will remain loyal regardless of how he is treated.

And later on, Shatta Wale in an attempt to clean the mess said it was part of his act which they had rehearsed for a month. Interestingly, the fan, he said, was not part of the plan.

Now a video which captures the scene properly appears to suggest that Shatta Wale actually kicked the fan before the bodyguard pushed him away.