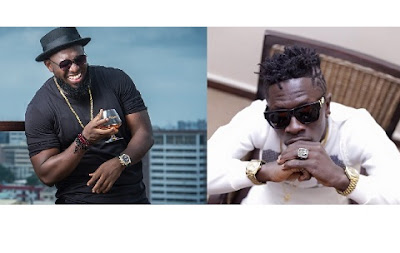 Shatta Wale has finally gotten what he was looking for when he decided to extend the beef to Nigeria’s Timaya. Some few days ago, Shatta Wale was trending all over Twitter after he decided to beef Wizkid, Patoranking, and Timaya.

We thought they were all never going to react but Timaya has reacted to Shatta Wale finally.

In a reply to a fan who asked him if he would do a diss song for Shatta Wale, Timaya who looked serious questioned who was Shatta Wale.

He’s heard saying; “So people said I should make a diss track for Shatta Wale, please who is Shatta Wale. Is he a singer, shoemaker or a plumber”
Shatta Wale had earlier said in a tweet that, it’s a shame that the Nigerian music industry had an artiste like Timaya and added that he should have still sold his plantain chips.