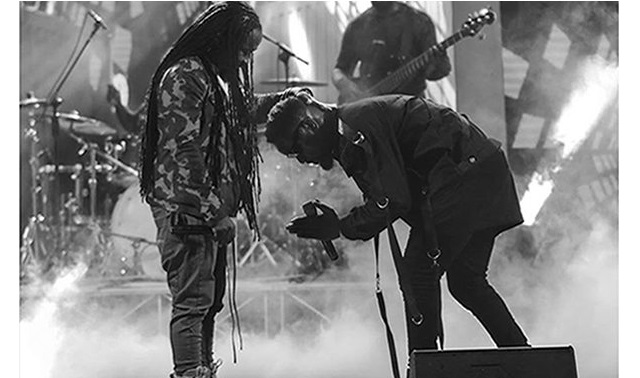 This Photo Of Sarkodie And Obrafour Is The Respect And Humility Gesture You Need For The New Year (2018).

Obrafour is been out of the scene for a while but recently dropped a couple of singles which became quite controversial with many claiming he took shots at Sarkodie.

Sarkodie also later released a freestyle which was rumoured to be a response to Obrafour.

Both, however, in separate interviews denied any beefing with Sarkodie saying he respects Obrafour a lot.

Fast forward to Sarkodie’s 2017 Rapperholic Concert which took place a couple of days ago at the AICC, the two had a performance on the day.