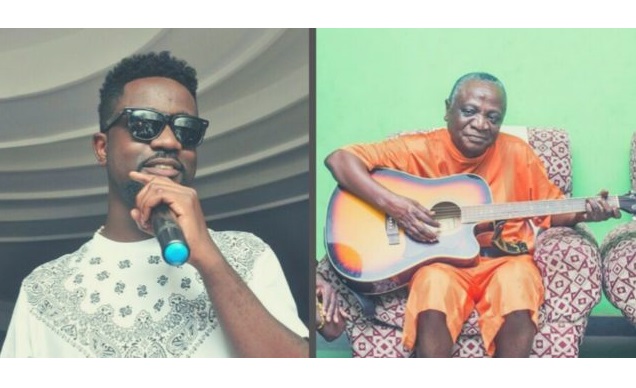 Since Sarkodie became the nation’s favourite when it comes to rap, it’s the desire of most artistes to get him on their songs perhaps to spice up the lyrical content with with his unique style of rap. As a result, Ghana’s Highlife legend Nana Kwame Ampadu also thought it wise to get Sarkodie’s signature on his yet to be released album.


According to Nana Ampadu, after making some thorough investigations about the current crop of musicians on who’s the best to collaborate, the onus fell on Sarkodie as the right person. In the process, they reached out to his management and what Sarkodie did upon arrival in the recording studio beats his imagination till today.


**“The moment he stepped into the studio, I told him I have left some vacuum in the song for him to fill with his own lyrics. To my surprise, after listening to the song in minutes interval he was able to deliver on it and I enjoyed it with accompanying clap by myself”, Nana Kwaku Ampadu told Kofi Adomah Nwanwani of Kofi TV.**

The ‘King of Music’ added that he recorded two songs with Ghana’s greatest contemporary artiste but because of ailment, the release was delayed. But then, it’s probable that music enthusiasts will get to know and listen to the masterpiece between Sarkodie and himself.