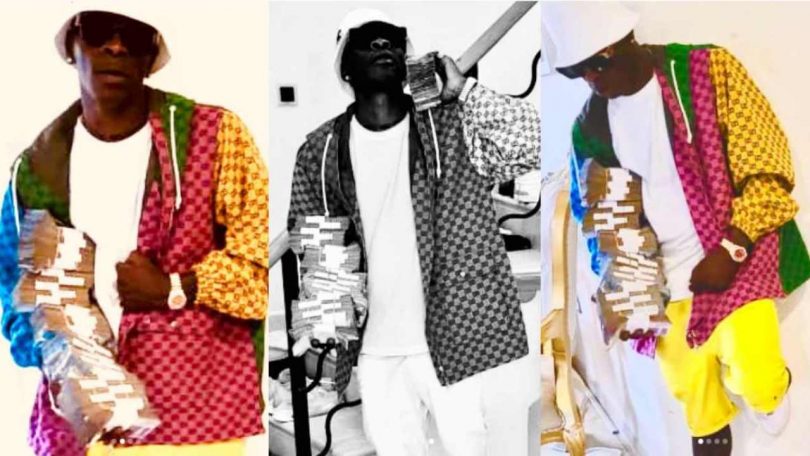 A statement from Mr. Kissi Agyabeng, the current special prosecutor, has forced many celebrities to start showing the source of the monies they flaunt on social media.

The special prosecutor said he and his team will investigate and prosecute all suspected corruption and corruption-related offenses.

He added that any citizen who is investigated and found with an undisclosed source of wealth will be slapped with corruption charges.

Award-winning Ghanaians dancehall musician, Charles Nii Armah Mensah Jnr, well known as Shatta Wale is one of the celebs who flaunt cash like its disposable tissue.

He, among others like Medikal, Rev. Obofour, D-Black and more, could face investigation and possible corruption charges if the prosecutor fixes his eye on them.

Knowing very well that he could be in trouble, Shatta has taken to social media to show one source of his wealth which is betting on sports games.

Shatta Wale shocked his fans after he shared photos of the huge winnings he got from staking some bets.

The dancehall musician won a total of over 168,000 Ghana Cedis with a wager amount of 3,500. Deducting his wager amount from his price money and he walks home with over 165,000 Cedis. 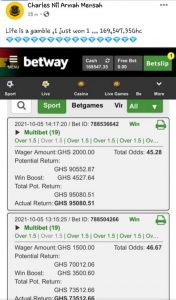 Shatta was trying to tell the world that all the cash he shows off are mostly made from betting which is not against the law.

His fans swarm under his comment section to congratulate him and also beg for some coins.

Others begged him to show him how he won or share his odds with them so they too can smile.