Home » Shatta Wale has been arrested by Ghana Police 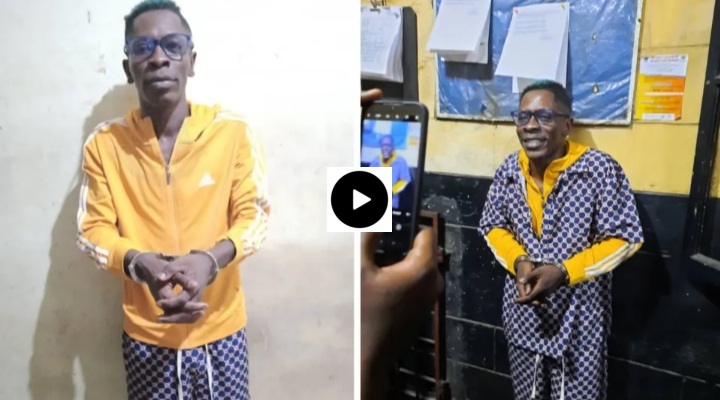 Shatta Wale has been arrested by Ghana Police.

Shatta Wale has finally been arrested by the Ghana Police Service after being on the run for the past 24 hours.

The music titan was arrested after the police smoked out his hideout  in one of the slums in Accra.

Shatta Wale’s arrest follows shortly after his road manager, Nana Dope was nabbed together with one of his right-hand men for spreading fake news.

The SM BOSS will be spending the night in the police custody and maybe, granted a court bail tomorrow early morning if luck shines on him.

Around 8:00 pm yesterday, clout chasing Shatta Wale made it into the headlines with fake reports that he has been shot and in critical condition at an unnamed hospital.

The news was first broken by Nana Doe, who took to his Snapchat stories to gravely lie that his boss was shot by a gang of notorious armed robbers

It was been found out all Shatta Wale was neither shot nor admitted at the hospital therefore he and his accomplices are to endure the full weight of the law for causing fear and panic.

Thanks for reading “Shatta Wale Arrested by Ghana Police” on Ghbestpromo.com