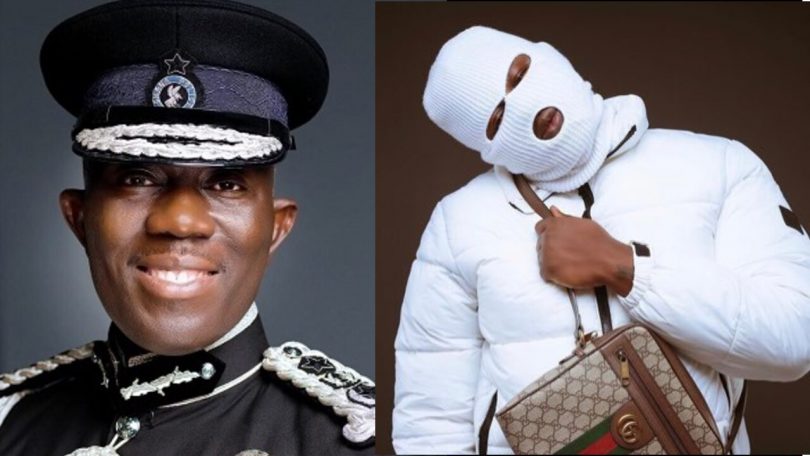 AMG Medikal is still showing off his stubborn side even as he faces the law for his actions on social media.

The rapper was arrested for something he posted online so after spending a few days in jail, you would think he would now be more circumspect about what he posts.

But that’s not how the AMG genes work!

Being addicted to attention seeking means Medikal always has to do something to be in the limelight, even if it gets him in trouble.

Being arrested for brandishing a gun online doesn’t seem to have done anything to make him more careful.

In a recent post, Medikal has confessed to stealing in a post that he carefully constructed to garner attention.

According to the rapper, he performed at a show and did so well that when he was done he ended up stealing the microphone.

Medikal wrote: “You know the show was lit when you steal the mic,”

He shared a photo of himself holding up the microphone he allegedly stole.

We’re aware of the expression steal the show but stealing the mic is something Medikal just made up.

He’s definitely intentionally phrased what he’s saying in a way to cause controversy.

What would Medikal and Fella do if they could not needlessly crave attention?

Thanks for Reading “Medikal Confesses on Social Media to provoke IGP” on Ghbestpromo.com