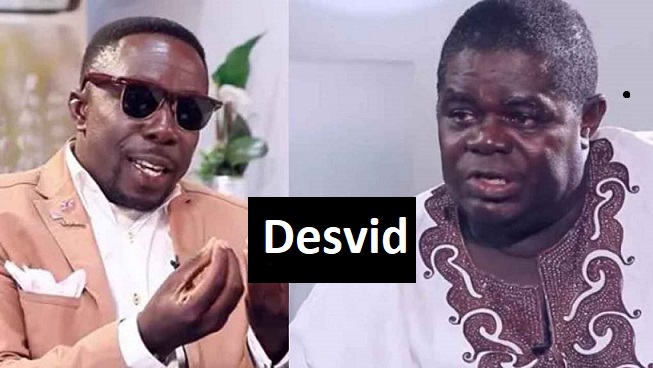 • TT has been in the news recently complaining of financial difficulties

• He has since received support from various individuals

Ghanaian actor, Clement Bonney, well known as Mr Beautiful says he has no sympathy for his colleague in the industry, Psalm Adjeteyfio also known as T.T.

Psalm Adjetefio who was the lead character in the popular Ghanaian television sitcom, Taxi Driver, has been in the news recently after he made revelations about his economic and health conditions.

TT revealed that he had run into financial difficulties due to ill health and this caused him to gain a lot of public sympathy leading him to receive donations from several personalities including Vice President Mahamadu Bawumia and Greater Accra Regional Minister, Henry Quartey.

But speaking in an interview with Sammy Kay sighted by GhanaWeb, Mr Beautiful said contrary to what most of the public feel about his colleague, he has no sympathy for TT.

According to Mr beautiful, TT wasted an opportunity to acquire his own house.

Mr Beautiful reveals that he led TT to Prophet Emmanuel Badu Kobi of the Glorius Wave Church who gave his colleague a substantial amount to build a house.

“I have no sympathy for TT, I personally led him to Prophet Badu Kobi and apart from the money Prophet Badu Kobi gave him, his whole church held a fundraising for him. TT himself came to us that he had a place at Dodowa that he needed funds to complete.

“Prophet Badu Kobi gave him the money to complete the project and it has been three years now we have not heard anything from him. The last time we saw him was when he recently appeared on TV appealing for support which made the Vice President come to his aid,” he said.

While failing to disclose the exact amount raised by Prophet Kobi and his church for TT to complete the supposed house, Mr Beautiful insisted that the amount was enough to facilitate the construction of a two-bedroom house for his colleague.

Mr Beautiful said contrary to the public idea of TT going through financial difficulties, his colleague who some people have accused of doing bad in managing his finances lives an extravagant lifestyle.

“The amount that was given to him should be able to raise at least a two-bedroom self-contained house.

Up to date, if you witness the meat piled up on the food he eats, you will think it is going to be used to hold the funeral of a king,” Mr Beautiful said.

After receiving various supports following his disclosure about accommodation problems a month ago, TT has made it back into the news again.

The actor in a recent interview stated that despite the massive financial support he has received, he owes a debt of GHC8,000 being the cost of accumulated electricity bill.