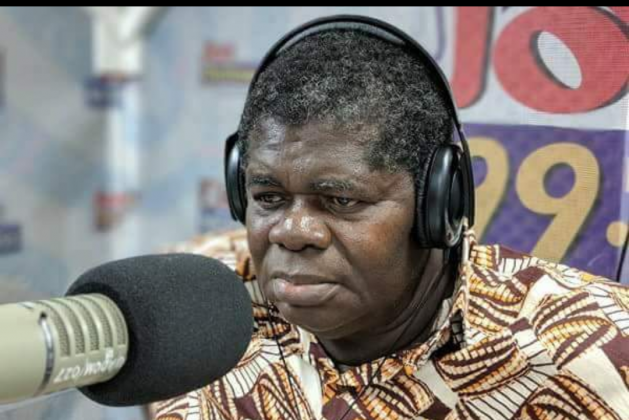 You Can’t Use Ghc 6,000 to Build A House – Psalm Adjeteyfio Hits Back At Mr Beautiful and Badu Kobi

You Can’t Use Ghc 6,000 to Build A House – Psalm Adjeteyfio Hits Back At Mr Beautiful and Prophet Badu Kobi.

Psalm Adjeteyfio aka TT has come out to strongly dismiss the wild claims from Mr Beautiful that he chopped the money that was given to him to build his own house.

According to TT, Mr Beautiful is a big liar and he firmly believes that he levelled those false allegations against him just to make him appear as a bad person in the face of the majority of Ghanaians.

Whiles speaking on the allegations on Peace FM’s entertainment review some few hours ago, TT claimed that he only received 6,000 cedis from Rev Badu Kobi and not anything huge as Mr Beautiful said during his interview with Sammy Kay.

He went on to add that the 6,000 cedis he received from Rev Badu Kobi was what he used to pay for the rent advance for his current place of stay.

The veteran actor who sounded very angry and pained throughout the interview also bashed Mr Beautiful for trying to destroy the love Ghanaians have for him.

He additionally dared him to provide a piece of evidence to prove that he received a huge sum of money from Rev Badu Kobi to build a house on his plot of land at Dodowa.

TT also begged the host of the show to contact Rev Badu Kobi to inquire about what actually happened between them for the truth to be known.

On the complete authority of TT, he never received any amount of money from Rev Badu Kobi to build his own house.

Thanks for visiting Ghbestpromo.com to READ “You Can’t Use Ghc 6,000 to Build A House – Psalm Adjeteyfio Hits Back At Mr Beautiful and Badu Kobi”