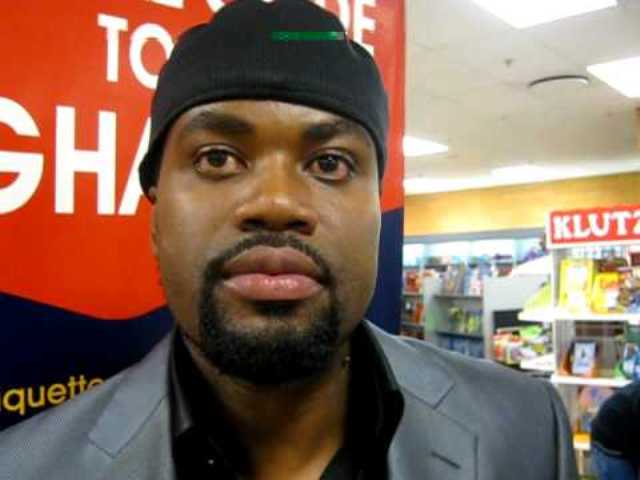 According to Morris who is credited for having produced some of the biggest songs in Ghana’s music history, the Wish You Well hitmaker belongs to the church despite the disappointments and pain the church might have caused him years back.

Juxtaposing his (Morris) life to that of the young talent, Morris in a sport sighted by www.nydjlive.com recounted how he went off track simply because the church disappointed him.

He explains he found massive love in the secular world although that was not true love. He narrated how people cheered him on, making money for him and for others.

He believes left with such people, he would have stayed in the dark but that would have meant facing judgement alone if he died.

He, therefore, asked Kuami Eugene to ‘come home and stay’.

Over the weekend, Kuami Eugene was one of the few Ghanaian stars who performed at the Adom Praiz 18.

His performance has since gone viral especially as many considered him a secular artist who was only limited to his very highlife songs including Angela, Confusion, Wish You Well and many more. 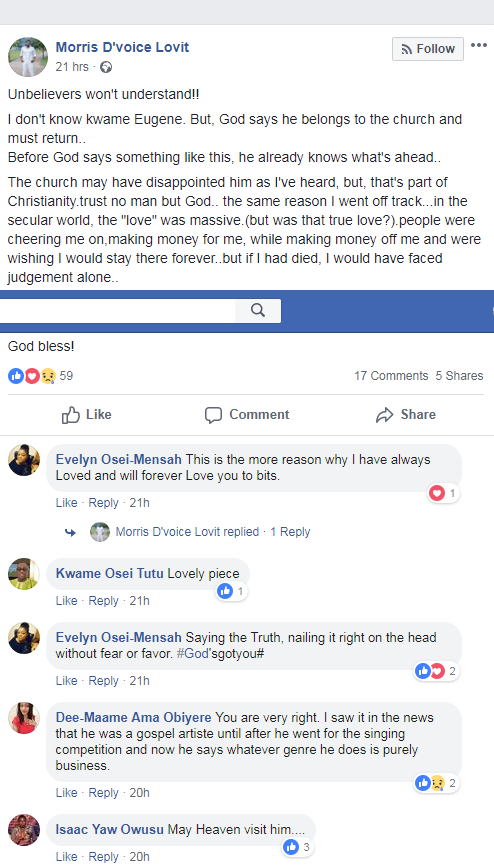