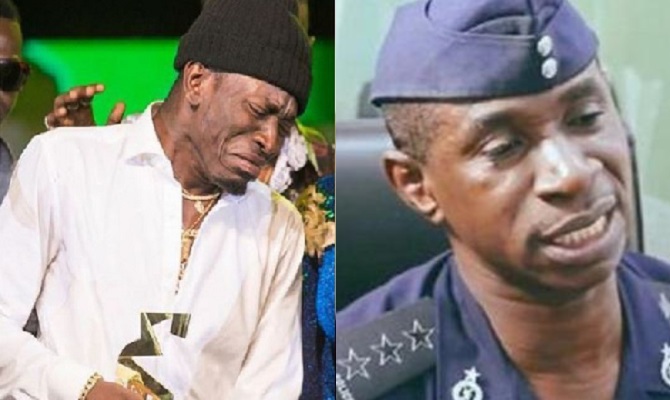 ‘Shatta Wale has not been granted Bail’ — Police dispels rumours.

The Ghana Police Service has revealed that dancehall artiste Charles Nii Armah Mensah Jnr, known in Showbiz as Shatta Wale, has not been granted bail.

Speaking on “The Pulse” on Joy News monitored by Pulse.com.gh, the Acting Public Affairs Director, DSP Alexander Obeng said Shatta Wale is still in their custody with two other colleagues of his, assisting investigations.

“We indicated that we have Shatta Wale and two others in our custody,” DSP Obeng said. “Earlier we also took our custody, the pastor. Currently, there are four of them going through the Police investigation process. At the end of the day.”

Asked by the host if they currently have four persons in their custody, DSP Obeng responded in the affirmative.

“Yes, the pastor, two others, and Shatta Wale” he disclosed.

DSP Obeng went on to add that the four persons have not been charged yet because they are yet to arraign them before the court.

However, he believes per the information, the Police, Shatta Wale, and the four others are not far from being charged with publication of false news, deception of public officers, causing fear and panic among others.

This latest development goes against earlier reports that Shatta Wale had been granted bail.

A video that has since gone viral saw Medikal and his wife, Fella Makafui at the Police Station walking outside the cells.

Shatta Wale was arrested yesterday night October 19, 2021, when he turned himself in after a Police search.

His personal assistant Nana Dope and one Gangee were all picked up prior.

The said pastor who prophesied about the shooting incident, Prophet Stephen Akwasi aka Jesus Ahouofe was also nabbed at the premises of Accra Fm on Tuesday afternoon.

Thanks for visiting Ghbestpromo.com to READ ‘Shatta Wale has not been granted Bail‘ — Police dispels rumours.