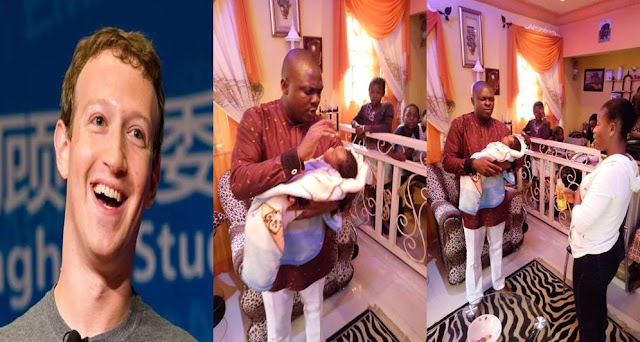 According to him, he named his son after the Facebook owner because he met his wife on the platform. He also revealed he has benefited a lot from Facebook.