From Classroom to Radio – Biography of late KABA 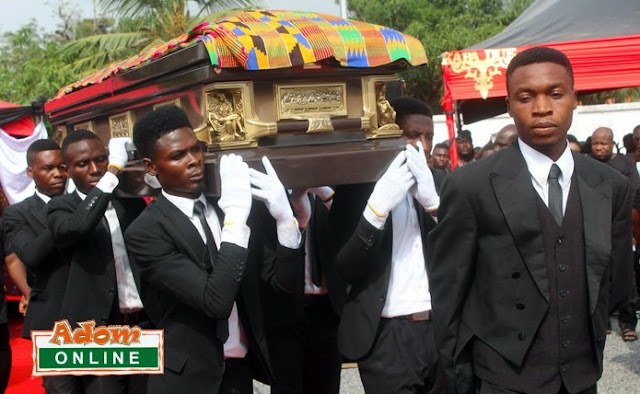 From Classroom to Radio – Biography of late KABA

Kwadwo Asare Baffour Acheampong, popularly known as KABA was born at Anyinam in the Eastern Region on 20th October,1980 to the late Mr. Kwabena Bempong Acheampong (Ekorna Clan-Anyinam) and Madam Felicia Asabea Ampenyin (Aduana Clan-Akwamu Adumasa). KABA was the only child of his mother.

He started his primary Education in 1986 at Osino Ayim Academy Preparatory School in the Fanteakwa District of the Eastern Region.

He started school while staying with his beloved grandfather, Rev.(Rtd.) Henry Kwasi Amoah (Presiding Elder A.M.E. Zion Church). In 1992, Rev. H.K. Amoah was transferred from Osino to Tanoso-Techiman in the Brong Ahafo Region to continue his mission work.

Moving there with his grandfather, KABA continued his education at the Tanoso R/C J.H.S and completed in 1995.

He had his secondary education at Techiman Secondary School when the grandfather was transferred to Akomadan-Afracho.

His hard work and leadership qualities earned him the Assistant School Prefect. He successfully completed in 1998.

From 2001 to 2004 KABA studied at the Accra Teacher Training College. At this stage of his academic life, KABA occupied various positions. He became the Academic Prefect, President for Ghana Methodist Student Union (GHAMSU), Chairman for Methodist and Presby Union (MPU) and a Member of an acapella group called Anointed Spirituals. He completed with distinction and was posted to the Ablekuma South sub-metro in the Greater Accra Region where he taught Social Studies at the Ebenezer “4” Junior High School till 2009.


His unstoppable quest for wisdom and knowledge made him enroll in a distance education programme at the University of Cape Coast right after completing training college in 2004. Thus in 2007 KABA got his Diploma in Basic Education from U.C.C. while still teaching.

He pursued a certificate course in Broadcast Journalism from the Ghana Institute of Journalism. He then had his internship at Top Radio as a news reader. After working with Top Radio for a while, KABA moved to Asempa FM in 2009 as the regular host of news bulletin “Asempa Today”. He hosted weekly current affairs programme “kukurantumi” on Saturday morning as well as a morning show on “Badwam” on Multi TV.

He rose through the ranks to become one of the most-sought-after political and current affairs talk show host of “EKOSII SEN’’ on Asempa FM till his demise. KABA won the Best Talkshow host of the year 2017 in the recent Radio and Television Personality awards, becoming the second as he won 2015 edition as well.

KABA applied for admission into University of Ghana while still in active service at Multimedia. He enrolled in September, 2011 and completed in May 2015, majoring in Political Science.

KABA’s next academic endeavor was Law. He applied for the programme at Mount Crest University at Kanda hoping to start next academic year. Unfortunately, this did not happen.

Kwadwo was very generous, humble, industrious, sociable and had immense love for God and humanity.

On Friday, 17th November, 2017 KABA had a short ailment and was rushed to the Korle-Bu Teaching Hospital where he joined his maker on Saturday,18th November, 2017. He left behind a wife Valentina Ofori Afriyie and a 7-month-old daughter Nana Yaa Ansah-Asabea Acheampong.

May his gentle soul rest in peace