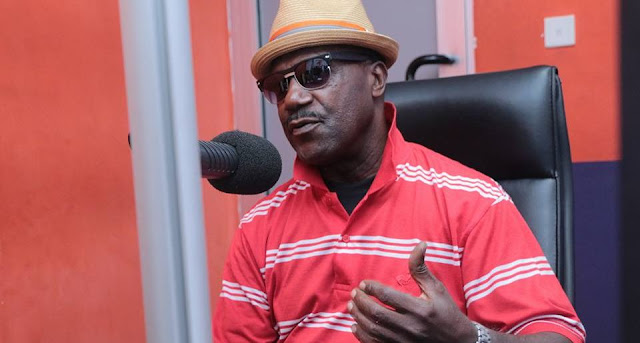 Ambolley therefore has called on the Musicians Union of Ghana (MUSIGA) to put in place deliberate programmes that will bridge the gap between the older generation of musicians and the younger ones.

In an interview with the Graphic Showbiz, Ambolley called on MUSIGA to organise regular seminars,  workshops interactive sessions for the various genre and groups in the industry so they can work together to explore a problem and present a united front.

“It does not sit right to have a funeral of such a big legend and not see the younger generation of musicians around.

“Jewel Ackah for so many years,  entertained people in their homes, cars, offices, markets amd everywhere. So if that person who gave us that sort of entertainment is no more, the least we can do is to accord him our last respect by showing up at his funeral”, Ambolley said.

Continuing, Ambolley added “Ghana belongs to all of us and each one of us contribute in one way or the other. We don’t have to wait for one person to die before eulogising him or her. We need to sit up as a people. If we do not come together and forge ahead as a team, we will remain divided.”

Ambolley said Jewel Ackah apart from his jovial self had a unique voice that distinguished him from others. He described his departed colleague as a great musician whose work will continue to live on.

Gospel music legend, Mary Ghansah, also touched on the need to engage the younger musicians to find out from them what prevent them from showing up at such occasions.

“Maybe we need to find out from them what their challenges are. Are they too busy? Are they afraid that one day, they will also die? What is ii that is preventing them from showing up for at least 5 or 10 minutes on such an occasion? This is a discussion we must have”, the Enka Ekyri singer said.

“We need to stand in for each other. It’s a roll call, when it is your turn, you go. We must show solidarity,”

The Sweet Jesus singer described Jewel Ackah as a legend who will be difficult to be forgotten. “Jewel was a great person who was able to sing both secular and Gospel and it reflected in some of his songs like Asomdwehene.

“He also collaborated with a number of Gospel artistes. He was passionate about his works. His works are there for us to research into and appreciate the concepts behind his songs. We need to preserve these songs so that those who want to go into music can utilise them” Mary Ghansah said.

The late Jewel Ackah died at age 73. He was one of the many musicians who popularised Highlife music in the late 1980s and early 90s. His powerful voice and enticing Nzema and Fante lyrics made him an exceptional and sought after artiste. He was a role model to many young men and women who also had the passion to sing.