VIDEO: Bullet Went To Mortuary At 1am To See Ebony’s Body – Father 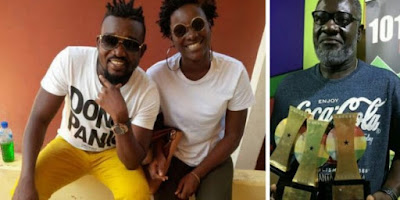 Nana Opoku Kwateng, father of the late dancehall songstress Ebony Reigns has dropped another bombshell after stating that the former manager of her daughter Bullet went to the mortuary where she was kept after her accident at 2 am for them to allow him to see the corpse of the late artiste something he finds suspicious.


The father who made this revelation to GhOne’s Regina in an interview stated that Bullet called Ebony’s mother around 2 am midnight and requested to see Ebony’s corpse whilst she was at the Mortuary and his ex-wife questioned Bullet about his decision to see Ebony’s corpse and why he didn’t inform him.

Nana Opoku Kwarteng’s recent interviews mark the latest chapter in the breakdown of the relationship between Mr. Kwarteng and Bullet since the death of Ebony on February 8 this year.

Watch the video of interview below: