You Wouldn’t Want To Miss The Uharrah Concert This 10th August !! 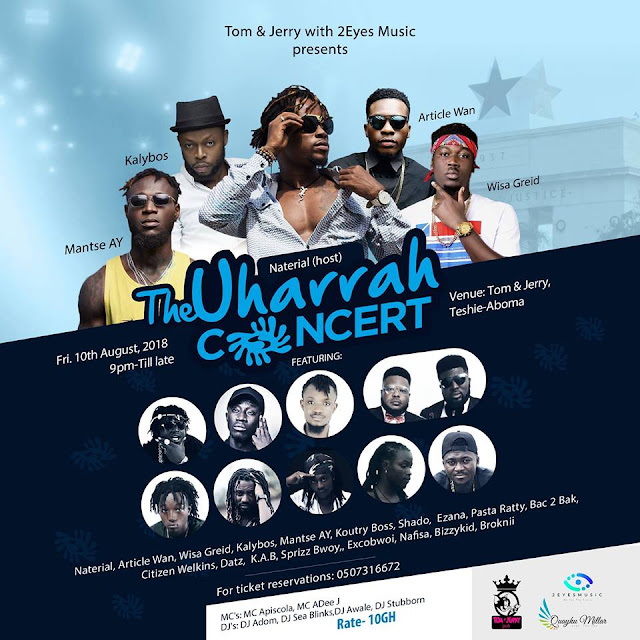 August brings you one of the most lit musical concert of the year as Naterial sets Teshie on fire on the 10th, this Friday.
The “Uharrah Concert” simply means “The Freedom Concert”.

Uharrah is the name of “the Adolley hitmaker‘s” father who passed on the day before he was crowned winner of MTN’s Hitmaker show.
This concert is also dedicated to the hood and intends to be the last show of the city before the traditional ban on noise making and loud music in Teshie.

Venue of Concert is the “Tom And Jerry Pub”, Teshie Aboma, at a cool rate of Ghc10.