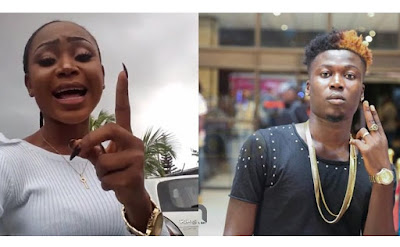 She always seems to get disappointed in people, maybe that’s her slogan though. From fair warnings to fellow actress and poking her nose into matters that concern her not, craving to have a one-night stand with Shatta Wale, she’s at it again and this time guess who?

Well, who knows what? The actress in a self-recorded video as she always does claim a sister of Wisa sent her goods from abroad which she asked Wisa to thank her sister for her but it has turned out that Wisa is going about telling people he’s dating her.

This, which got the actress pissed, made her sent a strong warning to Wisa to put an immediate stop to the claims he’s making for people to believe it’s true.

Watch the video below.