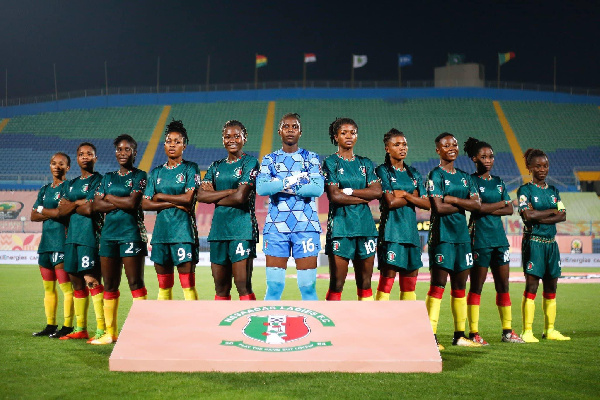 Some Ghanaians on social media want players in the Women’s national team, Black Queens to be replaced with the Hasaacas Ladies squad.

Hasaacas Ladies earned plaudits after their stellar performance so far in the CAF Women’s Champions League which has seen them win all their two games.

The Ghanaian team managed by Coach Yussif Basigi defeated Malabo Kings by 3-1 in the first game before beating AS Mande by 3-0 on Monday night.

The Black Queens have recently come under pressure following their inability to qualify to the African Women’s Cup of Nations.

The Black Queens lost by 2-1 to Nigeria’s Super Falcons in a two-legged affair.

Only one Hasaacas Ladies player was included in the game against Nigeria which many have considered unfair.

But following Hasaacas Ladies perfect run at the CAF Club competition, many want the entire playing body to be made to represent Ghana as the Black Queens in future assignments. – source: ghanaweb

Below are some tweets by Ghanaians on social media

Hasaacas Ladies are conquering the whole of Africa, yet, Mercy Tagoe says only one player from the team, deserves a place in the current Black Queens dominated by local players. Judgement is not an event. Allah zai shar’anta ku, da kowa da kowa 🙏💪 pic.twitter.com/V3SSda8aL0

Hasaacas Ladies should be the new Black Queens 👑

Hasaacas Ladies again 💪…..so was it out of hatred these girls didn’t get call-up in the Black Queens team or what🤔
Ghana football……hmmm pic.twitter.com/P1lzdlN4OA

Hassacas ladies are so good…why don’t they just use them to represent Black Queens?