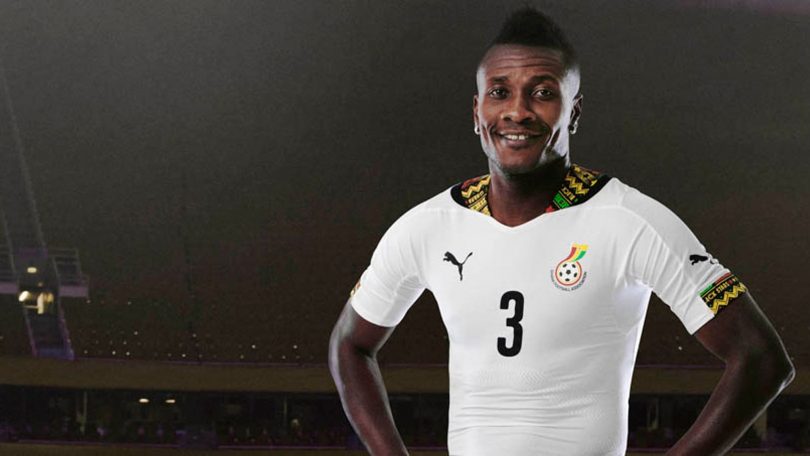 Asamoah Gyan earned £2,950,000 million per goal while playing in China.

Former Ghana captain Asamoah Gyan is reported to have earned nearly £3 million for every goal he scored during his time at Chinese Super League side Shanghai SIPG.

The 36-year-old moved to China after spending three fruitful years in the United Arab Emirates, where he lined up for Al Ain.

According to a report by UK portal Daily Star, Gyan earned nearly £3million per goal during his two years with the Chinese club.

The Ghanaian is, therefore, reported to have made £23.6 million (£2.95 million per goal) from the eight goals he scored for Shanghai SIPG.

Gyan remains one of the richest players in Africa despite struggling with niggling injuries in the last three and a half years.

The striker rose to prominence in 2010 when he scored three goals as Ghana reached the quarter-final of the World Cup in South Africa.

His heroics at the tournament earned him a big-money move to Premier League side Sunderland, who forked out £14.4million to prise him away from Stade Rennes.

Gyan netted 11 goals in his debut season for Sunderland, but joined UAE side Al Ain the following season.

The ex-Black Stars captain returned to the Ghana Premier League in the 2020/21 season when he joined Legon Cities and he’s currently without a club following the expiration of his one-year contract.

Gyan remains Ghana’s most capped player and all-time top scorer, having played 109 times and scored 51 goals for his country.