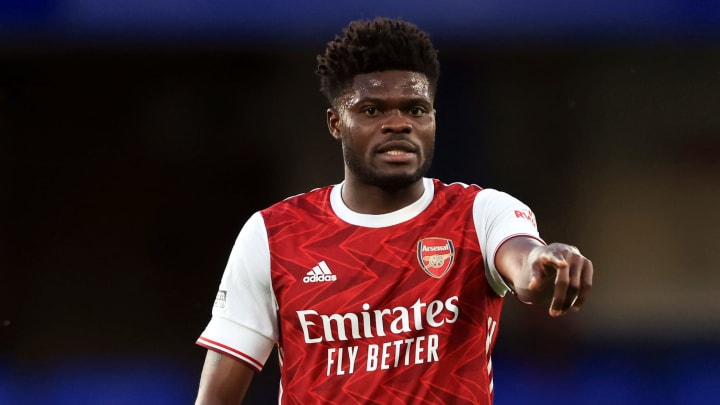 The Ghana Football Association has said that it is engaging with Arsenal to have midfielder Thomas Partey travel to the country for further checks on his injury.

Henry Asante Twum, the Communications Director of the FA said on Asempa FM that communication between the parties – GFA and Arsenal – has been held in that regard and that Partey is ready to travel to Ghana.

“We have communicated with Arsenal and Partey and he is ready to come to Ghana for further assessment,” he said.

Partey’s availability for Ghana’s crucial World Cup qualifiers has become a subject of concern after he was ruled out of Arsenal’s game against Watford.

The 28-year-old was confirmed to have sustained a groin injury that kept him out of the game that ended 1-0 in favour of the Gunners.

After the match, Arsenal coach Mikel Arteta told the press that further checks were going to be conducted to know the extent of the injury.

He said the result of the checks would determine if Partey will be granted permission by Arsenal to play for Ghana.

“Let’s see what happens with Tommy. He’s got a muscle injury and we don’t know how it’s going to evolve. Let’s take it day by day.”

Partey is one of two players who are most likely to miss the 2022 FIFA World Cup qualifiers against Ethiopia and South Africa.

Bordeaux left-back Gideon Mensah has also dropped from the squad after picking an injury in his side’s match against PSG over the weekend.

The Black Stars are expected to take on Ethiopia on Thursday, November 11 in South Africa before meeting the Bafana Bafana in the last group game on Sunday, November 14, 2021, at the Cape Coast Stadium. -source: ghanaweb

Thanks for visiting Ghbestpromo.com to READ “GFA requests Thomas Partey’s release despite injury“