This Video shows Half-naked photo of “Wendy Shay” is True 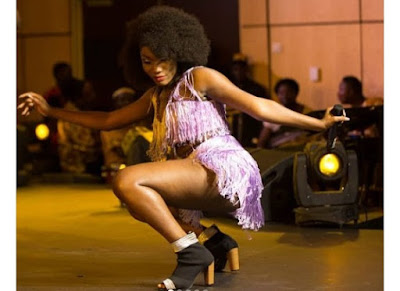 Wendy Shay, has angrily reacted to a half-naked photo of a lady purported to be her which has gone viral.

In a reaction on her social media pages, Wendy Shay blasted those hiding behind the internet to “project lame and shameful images which have nothing to do with me”. According to her, the photo being circulated is a ‘photoshop’ of her original photo which she posted with the reaction.

In the nasty, one could observe that while the body of the supposed Wendy Shay had a fair skin, the buttocks was rather too dark and looked to have some rashes. This led many social media users to troll Wendy Shay. But an angry Wendy, who described the “photoshopped” image as an attempt to belittle her talent, stated that she cannot be pulled down by their attempts.


Particularly displeased with women who had also engaged in trolling her, Wendy Shay wondered if such women would be happy if she was their sister. However, a new video making rounds on social media sighted by Ghnewslab.com seems to disprove Wendy Shay’s claim.

Wysepromotions who shared the video on Instagram wrote: “So Wendy Shay’s ass in the photo is real and not photoshop.”