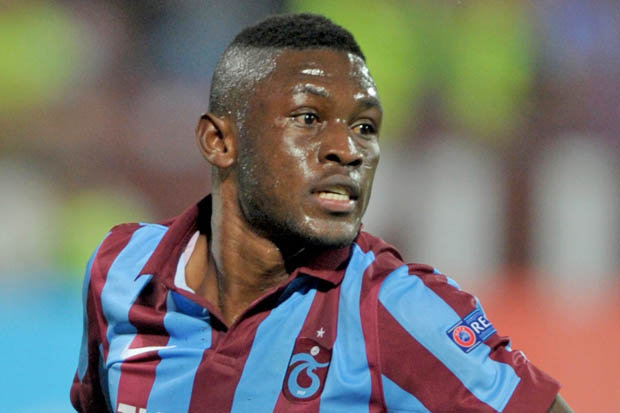 The 26-year-old will spend the coming season with The Canaries after wrapping up a loan switch
French side FC Nantes have announced the acquisition of Ghana international Abdul Majeed Waris from Portuguese club Porto.

The striker joins The Canaries on a one-year loan with an option to make the move permanent.

He makes the switch to Stade de la Beaujoire – Louis Fonteneau after just seven months with Porto, having struggled for game time since being signed from French club Lorient in January.

“FC Nantes is pleased to announce the arrival of Majeed Waris, fourth rookie of the transfer season,” Nantes said via their official website.

“The Ghanaian international is loaned to the club banks of the Erdre by FC Porto for the season 2018 – 2019, with option to buy.

“The attacker will wear the number 10. Welcome Majeed!”

Waris made just five league appearances involving one start for Porto, failing to find the back of the net.

While with Lorient, who acquired him on a three-year deal from Turkish side Trabzonspor in 2015, the 26-year-old made 62 Ligue 1 outings and scored 10 times.

In a brief spell at Valencienne during the second half of season 2013-14, the former Right to Dream Academy trainee netted on nine occasions in 16 league appearances on loan from Russian outfit Spartak Moscow.

The attacker’s biggest achievement, though, came in Sweden where he won the Best Player and Top Scorer awards for an outstanding 2012 league campaign after hitting 23 goals in 29 games for Hacken.

A Black Star, Waris was a member of Ghana’s 23-man squad at the 2014 Fifa World Cup but was limited to a single appearance in Ghana’s 2-1 loss to Portugal after suffering an injury in a pre-tournament friendly against South Korea.