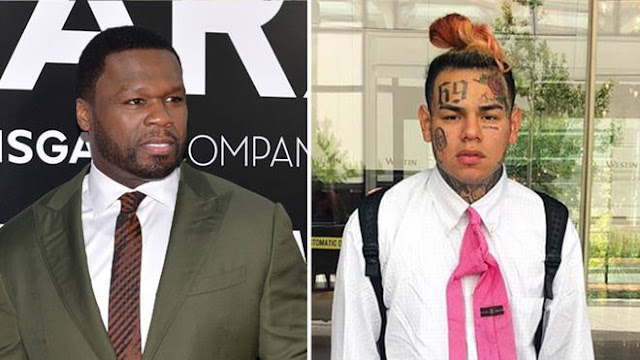 50 Cent has savagely reacted after Tekashi 6ix9ine has been told he faces life is jail following a racketeering investigation by the FBI.

The ‘In Da Club’ rapper, who has previously called 6ix9ine his “son”, has offered his first reaction to discovering the controversial ‘BEBE’ star is in serious legal trouble.

Taking to Instagram, 50 Cent posted a picture of the two rappers together alongside the caption: “My son got picked up, I told him don’t call me! Sh*t. The Feds on you fool. Call ya momma. Positive vibes only.” 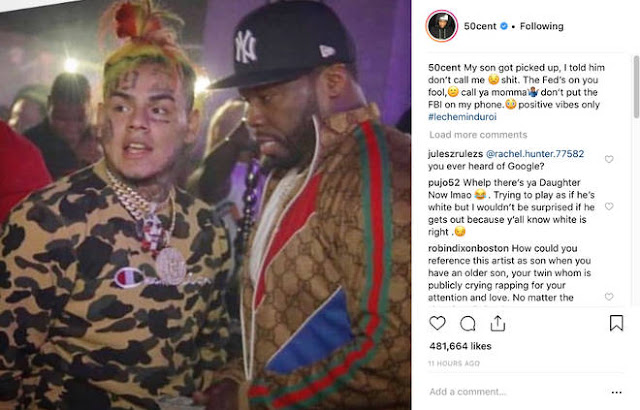 Tekashi 6ix9ine was recently involved in feud with 50 Cent, after his music video starring Kanye West and Nicki Minaj was shot up.

50 appeared to mock 6ix9ine for the incident at a Beverly Hills mansion.

The rapper was recently avoided a jail sentence of 1-2 years regarding a 2015 child sex case and was instead given probation.

However if Tekashi 6ix9ine is found guilty of his latest allegations, the rapper is going to serve a significantly tougher sentence.