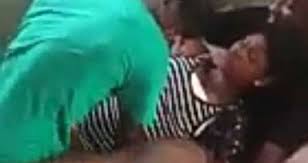 An 18-year-old first year Gold track student of the Ndewura Jakpa Senior High School in Damongo in the Northern Region was rescued on Sunday, December 2, after she was allegedly held and raped by her a 47-year-old ICT teacher.

The victim has been discharged from the hospital awaiting a medical report after her father led a local search party to rescue her from the rented room of the teacher outside the school compound.

The teacher has been identified as Solomon Lotsu who taught the just vacated Green track students and was not supposed to be on campus now.

Narrating the incident, the victim’s father, Alhassan Razak said, his daughter who comes home every weekend to assist her mother and siblings in keeping the house clean failed to show up on Friday evening.

He said he proceeded to the school to look for his daughter but could not find her on campus either. According to him, he became alarmed and quickly reported the disappearance to the police.

A local search was also organized, he said, and after a little search on campus, a close friend of the victim disclosed her whereabouts, directing the search team to the house of the ICT teacher.

It later emerged that the teacher invited two female students on that Saturday morning to help him wash his clothes and tidy up his room. The teacher later allowed the victim’s friend to go and told her not to return. He then allegedly kept the victim in the room till Sunday when her father became worried and launched the search.

Alhassan told Starr News when the team got to the teacher’s house, he denied holding the girl in his custody but after persistent threats, he admitted and released the victim, who was looking weak and complained of hunger.

The teacher allegedly quickly broke down on his knees and begged the team not to report the incident to the school authorities, Alhassan adds.

He said his daughter told him the teacher made her to wash a heap of clothes and utensils after which he then locked the room and forcibly have sex with her for more than four times.

The matter has been reported to the police but the teacher is yet to be arrested.

The teacher declined comment when Starr News contacted him via telephone but the headmaster, who is attending an official duty outside the town, has asked the parents of the victim not to take further action until he returns. 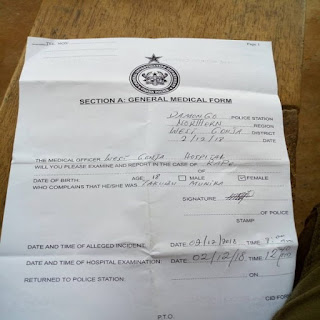 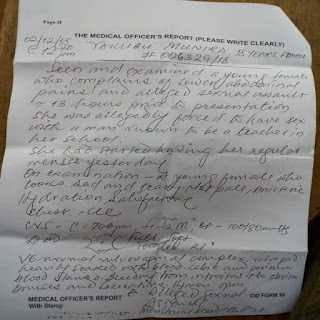