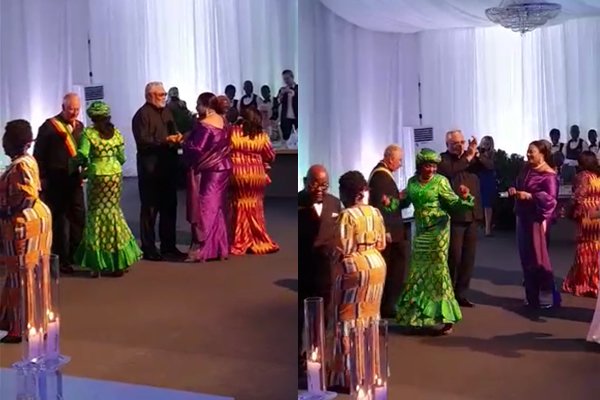 At a dinner attended by some state actors in honour of the heir apparent to the British throne, Prince Charles and his wife Camilla, political leaders are seen dancing with switched partners.

Former President Jerry Rawlings is dancing with Ghana’s First Lady, Mrs Rebecca Akufo-Addo while the first Gentle of the land is dancing with the Duchess of Cornwall, Camilla.