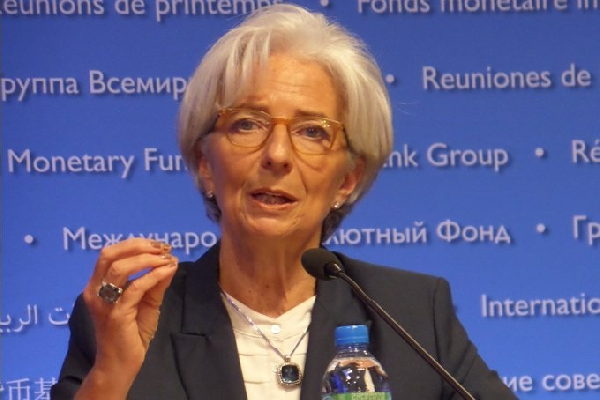 Managing Director of the IMF, Christine Lagarde has warned government against excess borrowing, stating that it could derail economic gains achieved by the country.

Madam Largarde is in the country for a two-day visit to complete processes for Ghana’s exiting of the programme with the IMF.

Speaking at a conference organized by her outfit in Accra, the IMF boss said Ghana would have to improve domestic revenue mobilization to fund projects including the Free SHS programme.

“Anybody who says I will do all of it without tax is not telling the real story, it is not popular but it is sensible. I am advocating for the sustainable financial structure that will help education and digital infrastructure so that the country can sustain that growth potential that is there. ”

This was at a time when Public debt had risen to an unsustainable pace.

The amount was expected to be paid in eight equal installments, with the first tranche of 114.75 million dollars paid immediately after the approval.

Ghana is currently waiting for the final disbursement.

Read Also: Transport Fares Are Killing Us – Traders Cry Out

Meanwhile the President and the Vice President Dr. Mahamudu Bawumia has assured government is on track to remain fiscally discipline through the introduction of two new councils and a law.