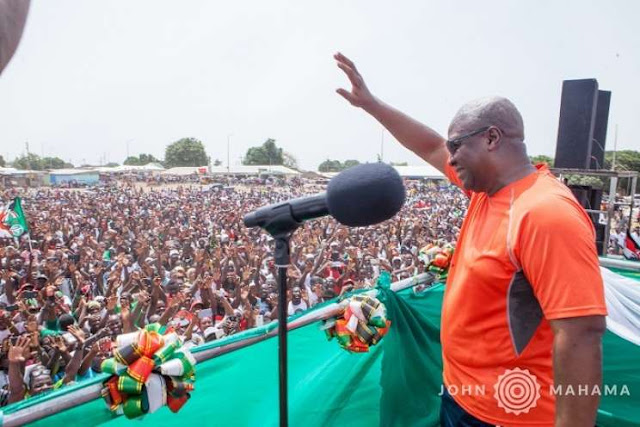 Some residents in Kumasi in the Ashanti region have used the birthday numbers of former President John Mahama as an inspiration on a lottery ticket and ended up winning thousands of cedis.
The winning ticket was purchased at Moshie Zongo using the birth year of Mahama, 1958.
Akua Laariba, who was happy for winning the number said “If you don’t have money, you don’t have a say, if not for the lottery my daughter who has gotten nursing training admission, would’ve gotten pregnant.”
She added:

“When John Mahama came to Moshi Zongo, I went there and it was there [and] we were told of the year he was born and so we decided to stake it.
“I staked with GH¢10 and won  GH¢2,000. I’ve gone for another charcoal consignment and deposited GH¢1,000 in bank to cater for my daughter’s education.”

Ayishetu, a resident of Dekyemso said she heard the number and staked GH¢5 adding that “I was at the store and I heard of it. I had to look for a secluded place to stake. I got GH¢1,000.” 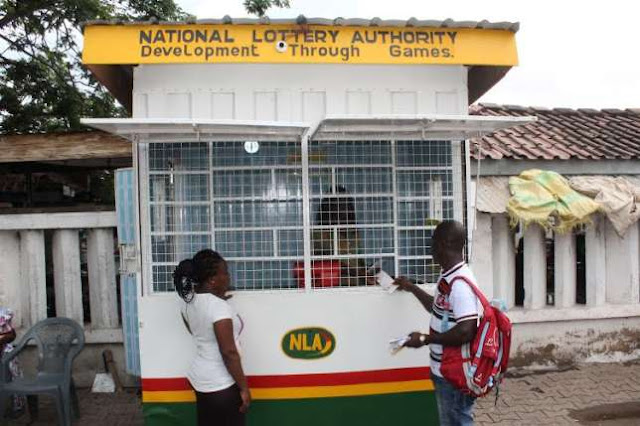 Kwame Bekoe, a lotto vendor recounts several attempts he made on hearing of the Barekese incident.

He said “Since I missed the registration plate numbers I had to fall on the birth year. I staked [and] lost GH¢30 each on Thursday and Friday. Finally, I won on Saturday. Some other friends also won. I think he is a lucky man.”

He was born on November 29, 1958 in Damango, to an affluent teacher, rice farmer and politician.
His father, Emmanuel Adama Mahama, was the first member of Parliament for West Gonja and the first Regional Minister of Northern Region, serving under first President, Dr Kwame Nkrumah.

There has been an outpouring of best wishes for the former leader as he celebrates his birthday.