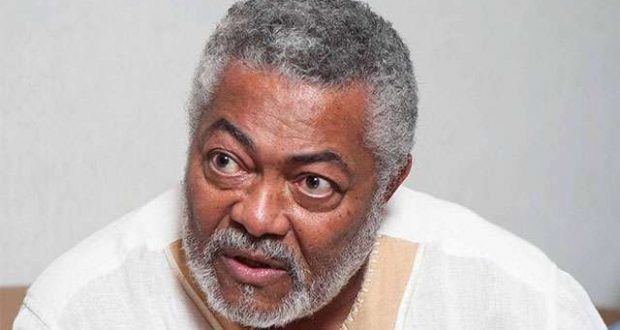 Former President Jerry John Rawlings appears to have been angered by what he termed “imaginary circumstances” being created by a section of the media to create a wedge between him and former President Mahama.

Mr. Rawlings is particularly not happy with the Daily Guide newspaper, which is largely aligned to the governing party, which reported on Thursday that the former president accused Mr Mahama of leading a corrupt regime.

The paper quoted Mr. Rawlings, who is known to have had a frosty relationship with Mr. Mahama and his appointees, as saying “By the time [the Akufo-Add] administration came into office, the country was literally drowning in the practice of corruption with impunity. This administration has therefore inherited national corruption at its worst.”

According to the paper, the remarks were passed over the weekend when Mr. Rawlings received a delegation of political leaders from Sierra Leone, led by former Vice-President, Chief Sam-Sumana.

But former President Rawlings’ office has flatly debunked the Daily Guide report, indicating that it was a figment of the paper’s imagination.

“The office wishes to state that Flt Lt Rawlings did not meet former Sierra Leonean Vice President Chief Sam Sumana ‘over the weekend’ as reported,” a statement signed by the Kobina Andoh Amoakwa, Director of Communications at Mr. Rawlings’ office said.

“The last time Chief Sam Sumana called on former President Rawlings was in late 2017,” it stated.

The former president’s office therefore “cautioned the media to desist from dragging the name of the former President into imaginary circumstances”.