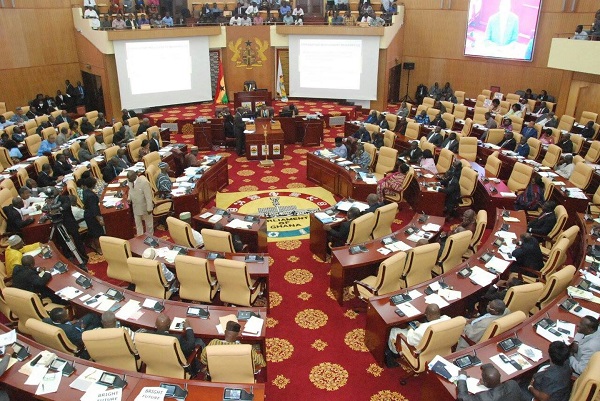 Parliament has approved the AMERI Renegotiated and Enhanced Agreement despite the Minority’s abstention from voting.

The new deal was laid in the house after the Novation agreement was withdrawn. The agreement has been a subject of controversy since parliament first approved it in 2015.

He said the enhanced deal will save the country some $51 million.
“Nana Akufo-Addo believes in cost-value reconciliation for this country, and it is on that basis that the negotiation arrived at saving an amount of $51m for this country,” he said.

Meanwhile, Minority Spokesperson on Mines and Energy, Adam Mutawakilu, said the NDC’s position on the matter all along was that the AMERI was not fraudulent as had been suggested, and that they have been vindicated.

He said the action by the government does very little to give credence to the NPP’s claim of a supposed bloated contract during the John Mahama government.

“[During the NDC era they chastised our deal] by saying that the contract had been bloated by $150 million, so they have set a standard, and we thought that by now they will be doing this savings comparison with that statement they made, and that is why we indicated that President Mahama and the NDC have been vindicated.”

The Energy Minister, John Peter Amewu, earlier this month withdrew the controversial AMERI novation agreement before Parliament, and replaced it with what he captioned “renegotiated and enhanced terms” of the power management with AMERI.

Boakye Agyarko, a former Energy Minister, was sacked by the President after he [Nana Akufo-Addo], approved the reviewed deal which turned out to be unsatisfactory.

The current Energy Minister, John Peter Amewu, who initiated the process to withdraw and replace the agreement said the decision was due to another revision of the already reviewed agreement by the government.

There was a huge controversy earlier this year when the former Energy Minister, Boakye Agyarko, laid a revised AMERI agreement before Parliament for approval after an executive order.

The Minority in Parliament kicked against the new deal which it said was economically disadvantageous for the country as Ghana would be paying more under the agreement than it initially settled under the John Mahama government.

The Africa Center for Energy Policy (ACEP) and some analysts said the amended deal which was to see ownership of the power plant ceded to a new company, Mytilineous, will cost the country in excess of $1 billion if it comes into force.

The original contract with AMERI was to end in about 36 months after which Ghana will own the power barges, but the new deal pushed the ownership period to 15 years, with the yearly payments at a cost marginally lower than the original deal.

Also, under the new agreement, critics said the current tariff of 10.4 cents charged on power produced, will increase to 11.7 cents for the same amount of power produced within the 15-year period, possibly translating into a higher cost of electricity for the consumer.

The company at the center of the agreement, AMERI Energy expressed following news of the government’s decision to get an enhanced deal, expressed its willingness to partner with the government of Ghana over the renegotiated deal which was laid in parliament last week.

Mustafa Ahmed, CEO of Ameri Energy, is quoted in a statement as saying “we are always happy to address any misconceptions about our work, and we’ve engaged in a constructive dialogue with the government and all stakeholders.”