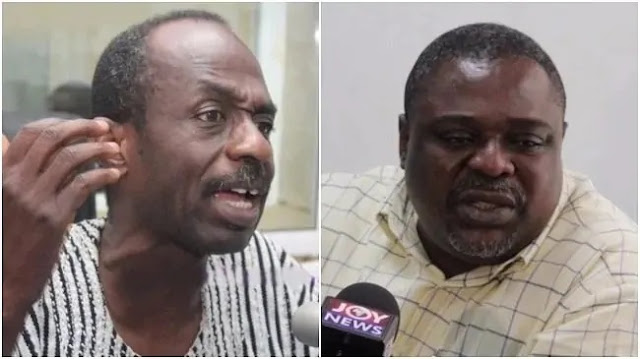 Asiedu Nketia, who beat Anyidoho by nearly 5,000 votes, rejected the tag of “betrayal” placed on Mr. Anyidoho for going up in the contest with someone many considered has had a hand in his political career.

The comments is in contrast to the remark by Greater Accra Regional Chairman of the NDC, Joseph Ade Coker, suggesting that Mr. Anyidoho’s decision to upstage his superior was a wrong move and smacked of arrogance.

“You see it is like father and son…somebody that you have worked with closely and you go and you want to contest that person. It’s never the best…Every aspect of life there is that lesson,” Chairman Ade Coker told Joy News.

However, speaking exclusively to Joy News’ Daniel Dadzie on the Super Morning Show Monday, Asiedu Nketia described it as “normal” in regards to his deputy’s desire to rise to the top of his political career.